India is well known for block printing, which has been in existence for over 4000 years. Ancient civilisations lived along the Indus River, spanning Pakistan and North West India and discoveries of ajrakh cloth suggest that the craft was produced here.

Ajrakh block printing is found in Kutch, Gujarat an 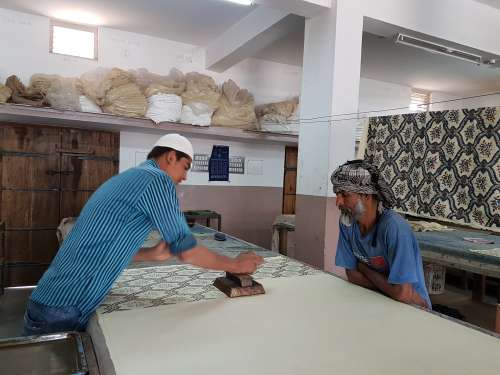 d the Sindh Provence, Pakistan. The Khatri communities of ajrakh printers settled in Kutch, generations ago and today Ajrakhpur is their main village of production.

The detailed patterns are influenced by Islamic geometric designs, often seen in colours of indigo-blue, madder-red and iron-black. Highly skilled craftsmen carve the blocks from sheesham wood (Indian rosewood) or teak. A design may use several blocks to achieve the

finished pattern, with a different colour being used at each print.

Natural dyes were traditionally used, however this saw a decline following the development of synthetic dyes, which were cheaper and quicker to use. Today natural dyes are seeing a revival, due to awareness of pollution and demand for eco friendly cloth. 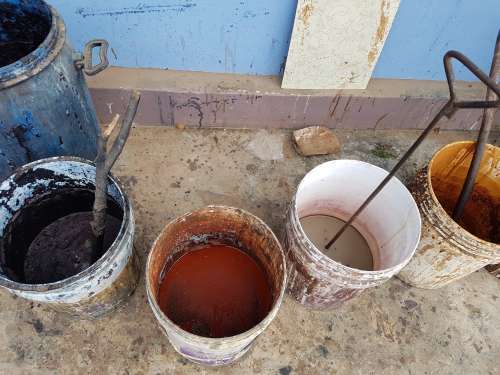 A devastating earthquake hit Kutch in 2001, where many people tragically lost their lives.Aid agencies and NGOs supported communities to rebuild their villages and homes. The iron content in the water increased, which affected the printing of cloth. After some thought the decision to relocate to new land was agreed and the Khatri families moved to Ajrakhpur.

Ajrakh cloth was traditionally used as a shoulder cloth, turban and lunghi worn by local people and shepherds.The printing process is lengthy and requires expertise to produce an accurate alignment of pattern. The artisans traditionally printed on both sides of the cloth, which involves even more skill.

To produce ajrakh the cloth must first be;

Ajrakh scarves and stoles are produced for Karagha on organic kala cotton and conventional cotton.